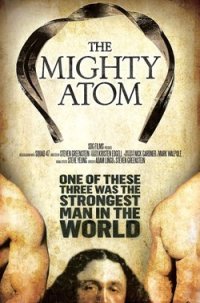 Known as “The Mighty Atom,” Joseph Greenstein was, indeed, the greatest and perhaps most unlikely strongman who ever lived. Born three months pre-mature and diagnosed with tuberculosis, Greenstein wasn’t expected to live past his teens. With a competitive spirit that rose above his 5’4” stature, he overcame insurmountable odds to survive to adulthood. The Mighty Atom harnessed the power of his body – and more importantly, his mind – to achieve the impossible. Pulling a train with his teeth, stopping a plane from taking off with his hair, and bending iron bars with his bare hands, he mastered feats of strength, many of which have not been replicated to this day. He also created and sold some of the first health elixirs.

‘The Mighty Atom’ was a role model to Jewish athletes at a time when there were few and remains a hero to strength and fitness legends of today. An innovator, daredevil, and possibly the inspiration for Superman, he was a man who achieved the impossible.

In our last review we said most documentaries are hit or miss for us… well, they’re 2 for 2 this month! Another hit. The Mighty Atom is a documentary about a strongman named Joseph Greenstein. Greenstein changed the strongman game forever. It was pretty awesome learning about the guy who pretty much shaped what it is to be a strongman. We’ve watched some of the competitions over the years and always get caught up in them. In fact, in this documentary they show a clip of The Mighty Atom Jr. (Mike Greenstein) on America’s Got Talent, at the age of 93, pulling a car with his teeth. We remember watching that clip when it aired on TV and were absolutely amazed! So we found it pretty cool that this documentary filled in the backstory on his family’s history of being strongmen. On a side note, we’re also pretty big fans of Hafþór Júlíus Björnsson, otherwise know as “The Mountain.” We love him on Game of Thrones and have been following him since his debut. He was runner up in the 2016 “World’s Strongest Man” competition.

We even found the music in this documentary to be enjoyable. Everything blended together so well. We would recommend The Mighty Atom to anyone, especially health/exercise nuts. There is a lot of knowledgeable things to learn about “strength” and Greenstein was well ahead of the game. Seriously, the guy may have even been the inspiration for one of the greatest superheroes of all time, Superman… how amazing is that!? It doesn’t take long to find out that The Mighty Atom, was mighty awesome! 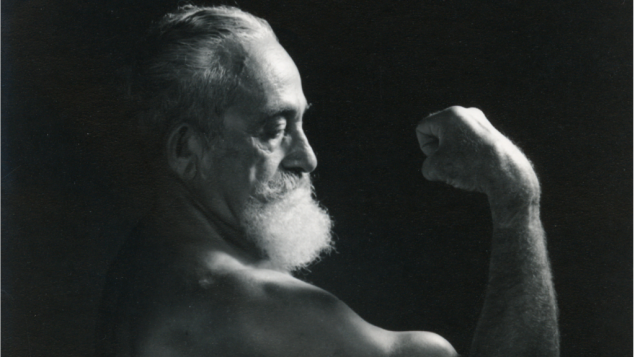