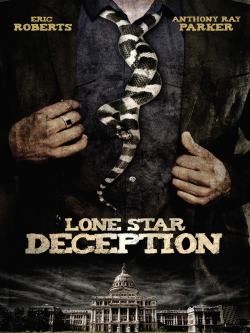 “Stuart Sagle (Gary Lee Mahmoud) is leading in the race for Governor of Texas, but a fling with a prostitute (Merlisa Determined) threatens to derail his campaign. His biggest supporter, his uncle Bill Sagle (Eric Roberts), has a plan that puts a second candidate, Tim Bayh (Anthony Ray Parker), into play, and Tim finds himself as the first Black candidate for Governor in Texas’ history. Thrust into circumstances he neither understands nor controls, Tim weaves his way past assassination attempts, and faces his own demons as he has to decide to quit the race, ride a wave to the statehouse, or die trying.”

Woof… with the actors and the description, I thought Lone Star Deception would be at least somewhat decent. I felt like I was watching a bad soap opera or even a bad NCIS episode, yet somehow it managed to keep my interest for a little bit. However, it completely lost me during this one interrogation scene. It was atrocious… even laughable how bad this scene was. After that I couldn’t help, but to lose interest.