I was thrown off from the get go with Tombstone Rashomon when one of the first people being interviewed was Kate (Christine Doidge) and she kept referring to all of the guys as “she” or “her.” I’m not sure if this is how Kate talked back then or if it was a failed attempt at a joke.

The next thing I couldn’t un-hear was the interviewer themselves. They sounded like Siri or a GPS voice.

The rashomon effect is the very notorious unreliability of eyewitnesses. It describes an event where everyone involved has a different interpretation of what happened. I did surprisingly enjoy this rashomon style it was shot in. However, I don’t think it was executed right. I think with a bigger budget and some better actors, this could have been a really good movie.

Tombstone Rashomon finishes up in just under an hour and a half, but it felt like it was over two hours long.

Tombstone Rashomon is currently available on DVD and will become available on VOD platforms during July 2020. 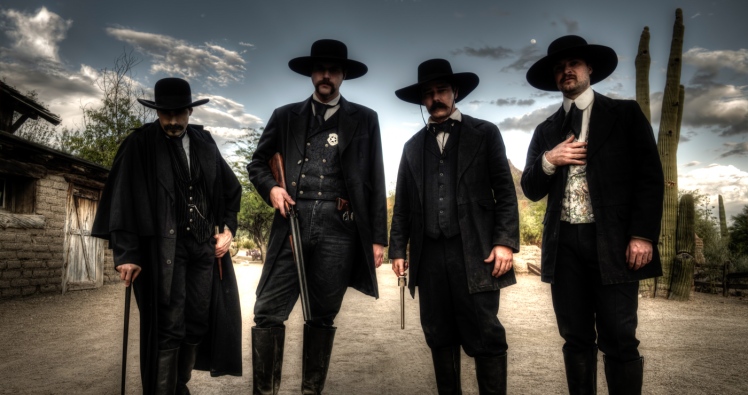